BART Headquarters, Oakland, CA—Condemning the illegal electioneering on public property by the BART unions and management, State Senate candidate Steve Glazer called for swift crackdown on the use of BART facilities for campaign activities. In a letter to BART Board Chair Thomas Blalock, Glazer said:

“During the same week that BART experienced major breakdowns, inconveniencing thousands of Bay Area commuters, BART workers were holding illegal Susan Bonilla for Senate rallies at BART facilities throughout the Bay Area. Some of these activities occurred openly with management personnel nearby."

“This is an outrageous abuse of public property for campaign activities."

“I know there is resentment by BART unions and management for my criticism of their involvement in the eight days of strikes in 2013. These actions by the union and management resulted in exorbitant pay raises in an agency that claims that it has no money for train, station and technology upgrades. But that is no excuse for allowing this illegal conduct at numerous BART facilities."

“I am calling on the BART Board of Directors to initiate an immediate investigation into these violations. This inquiry needs to be conducted by an independent party to ensure the fairness of the review. The BART Board should also take steps now to prevent these abuses from happening again.”

The photos below show maintenance personnel rallying for Senate candidate Susan Bonilla at facilities in Concord, Hayward and Richmond. These events were not just held in private rooms but were in open spaces in clear view of management. In one case, union leaders are showing television coverage of a recent Glazer/Bonilla debate using BART audiovisual equipment. 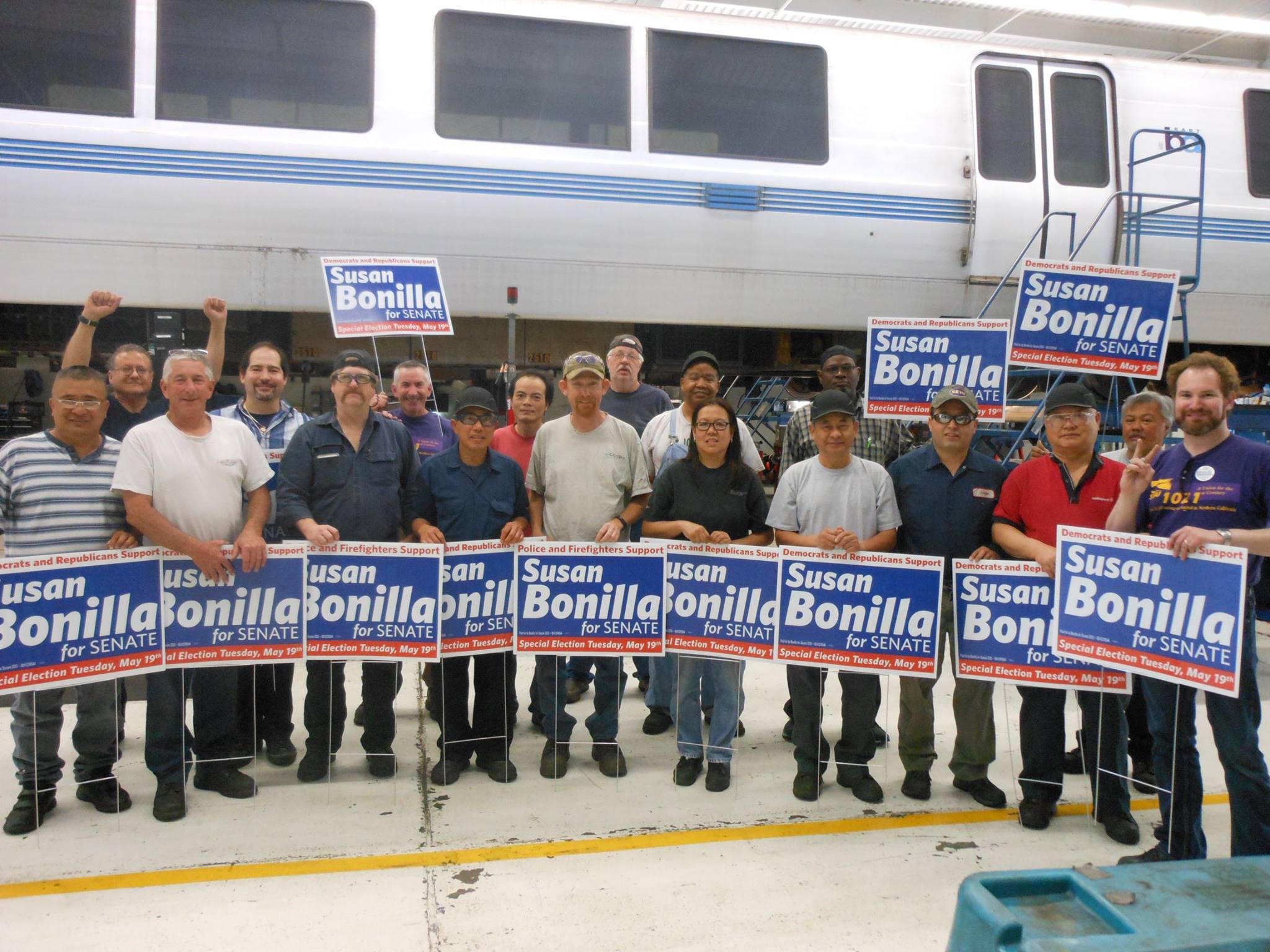 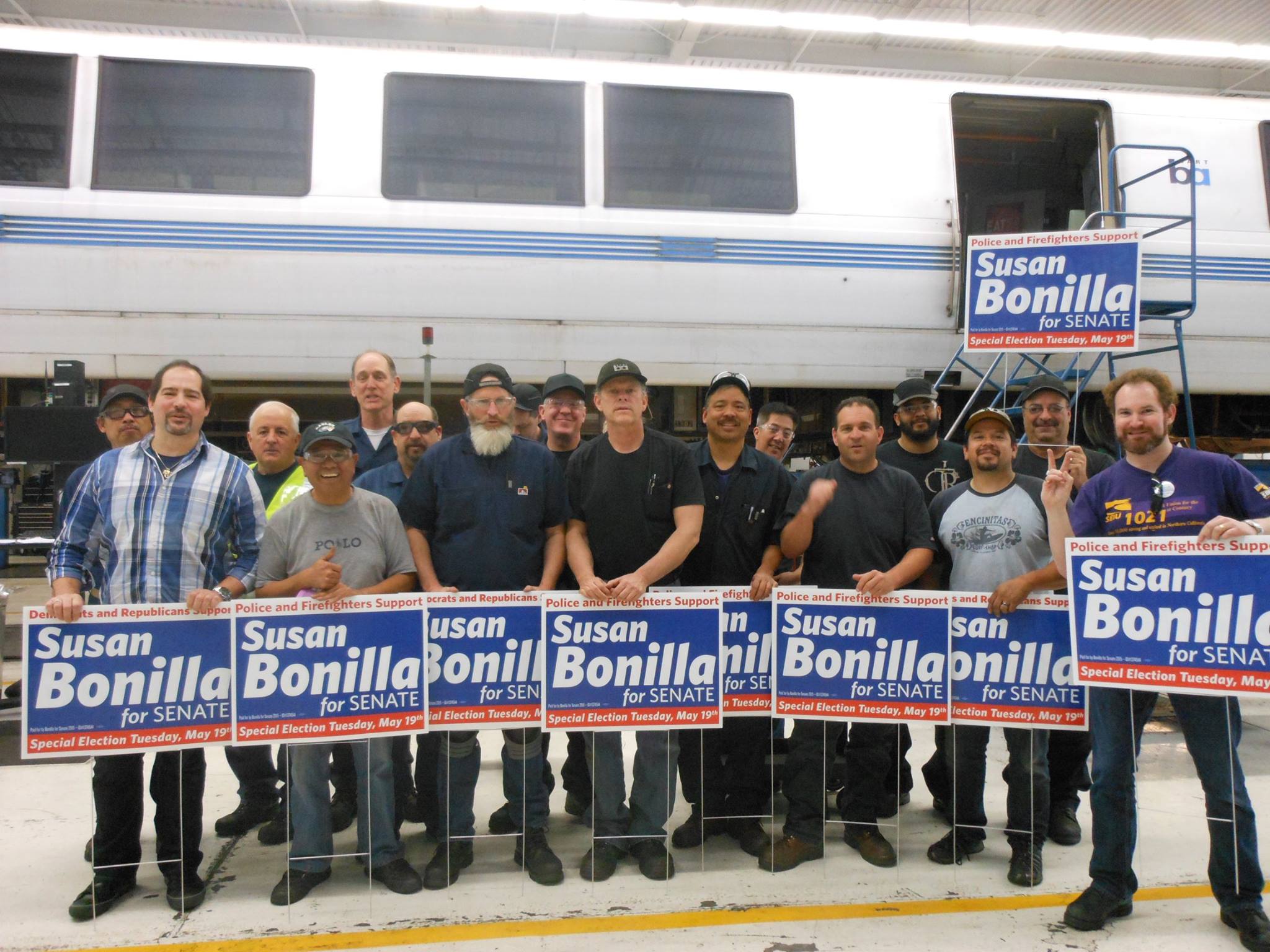 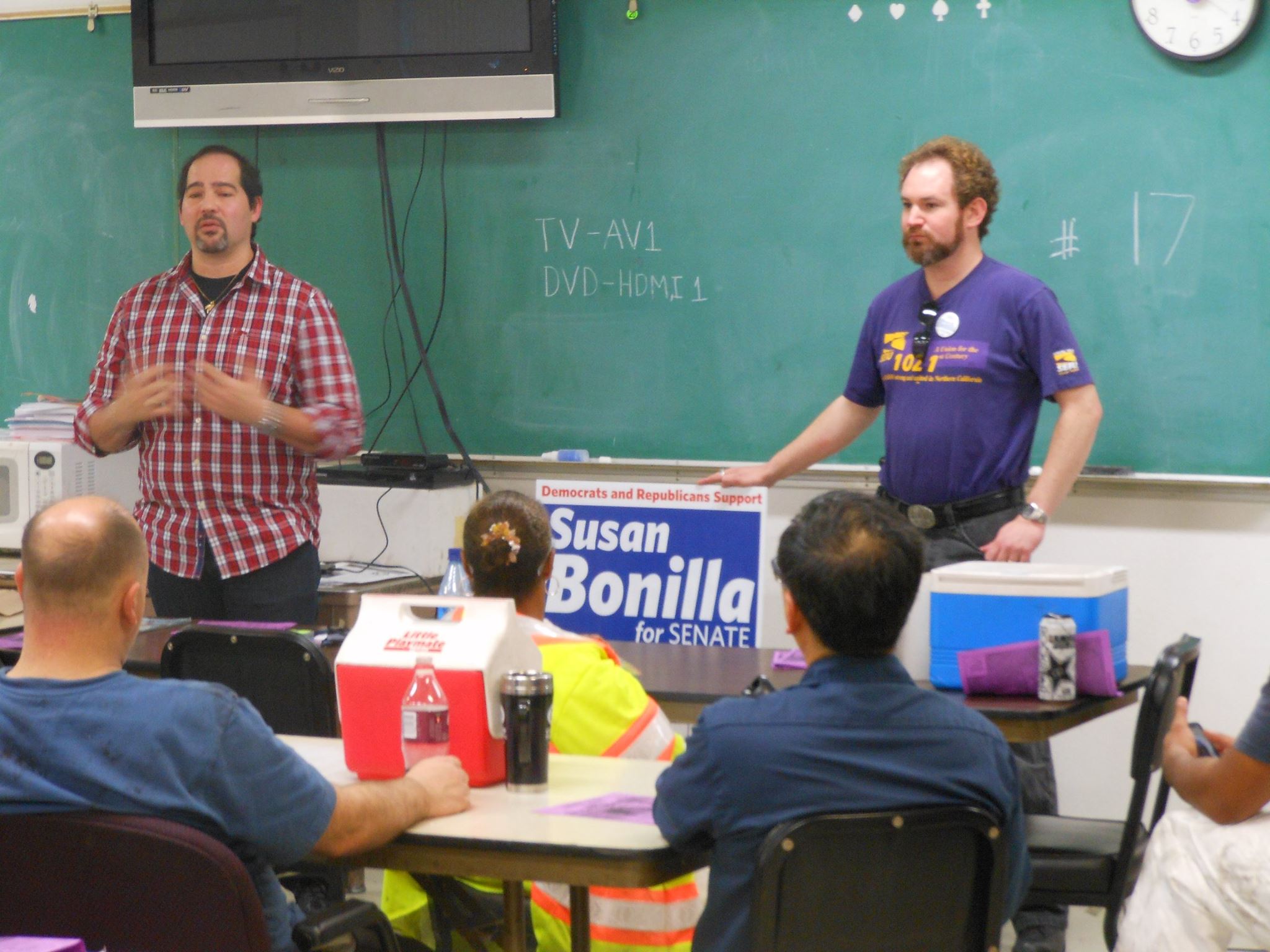 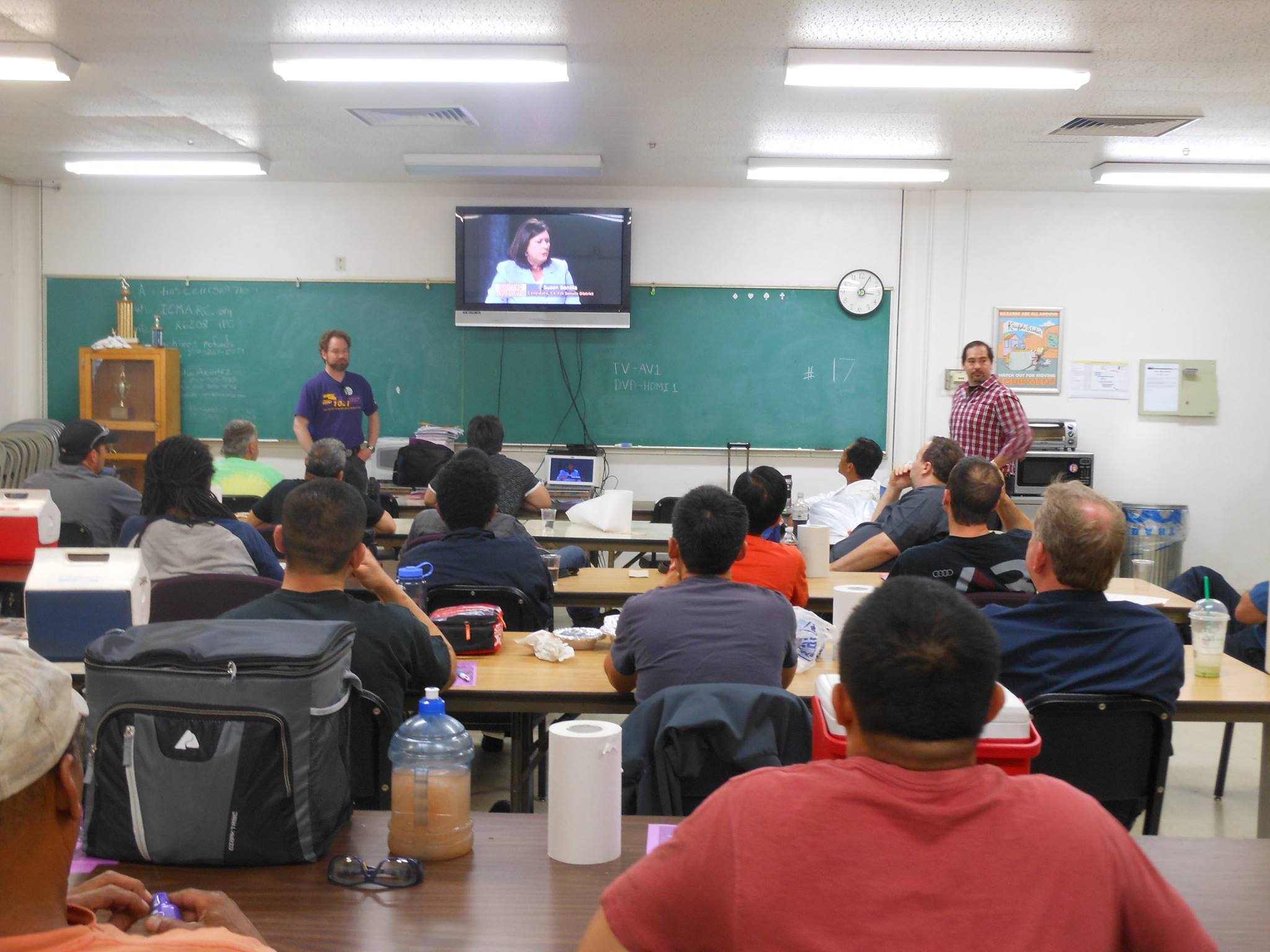 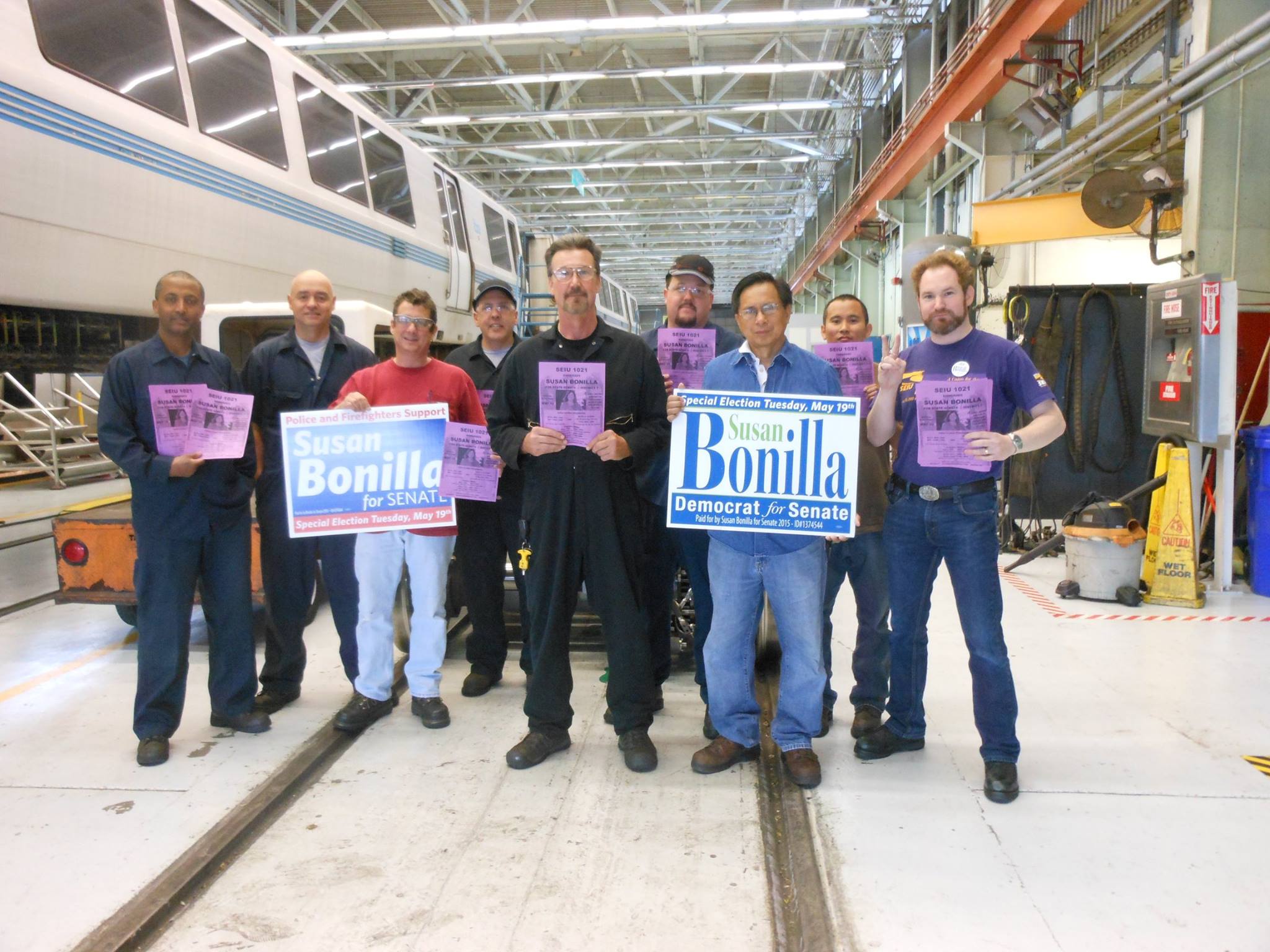 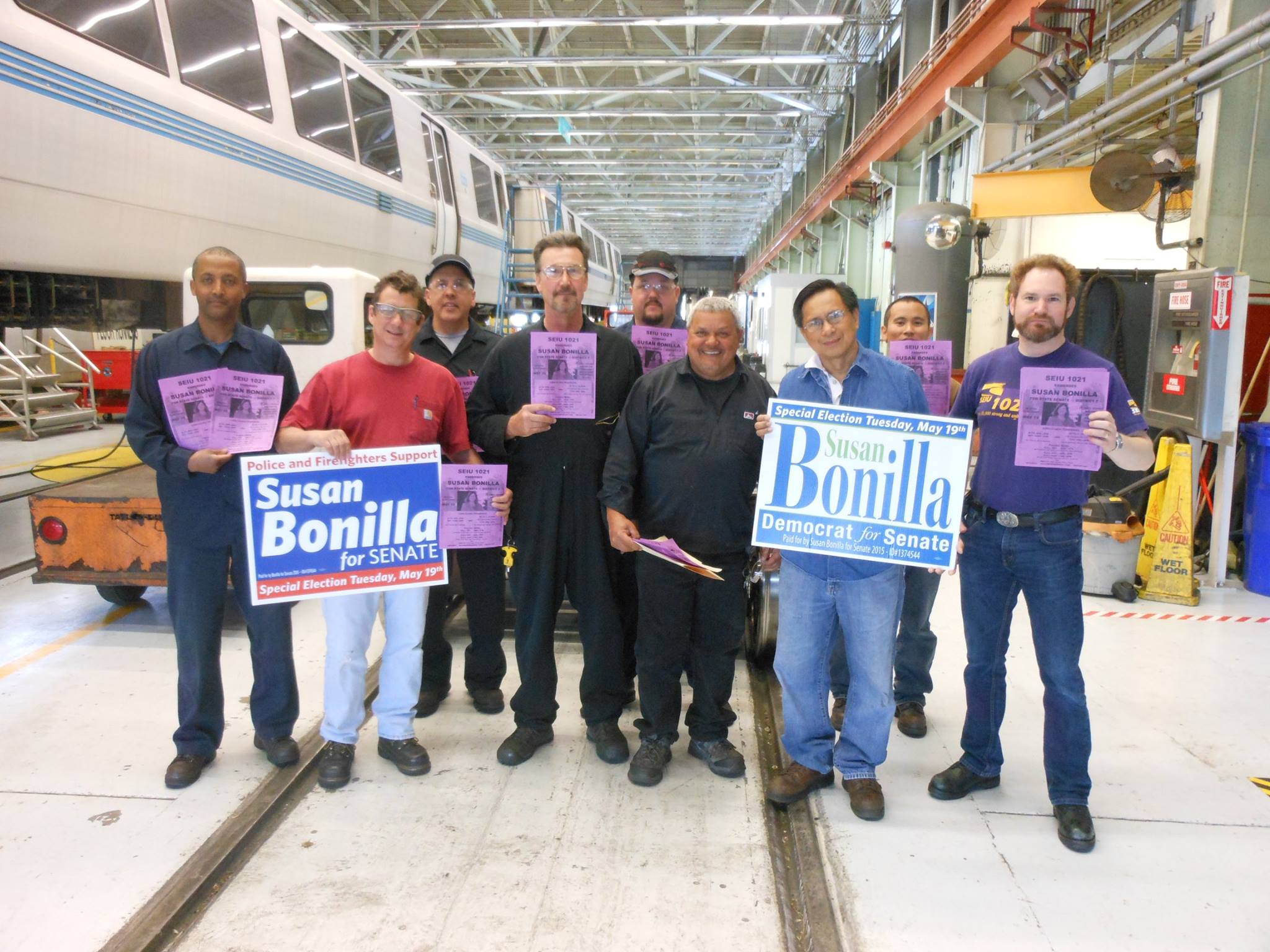 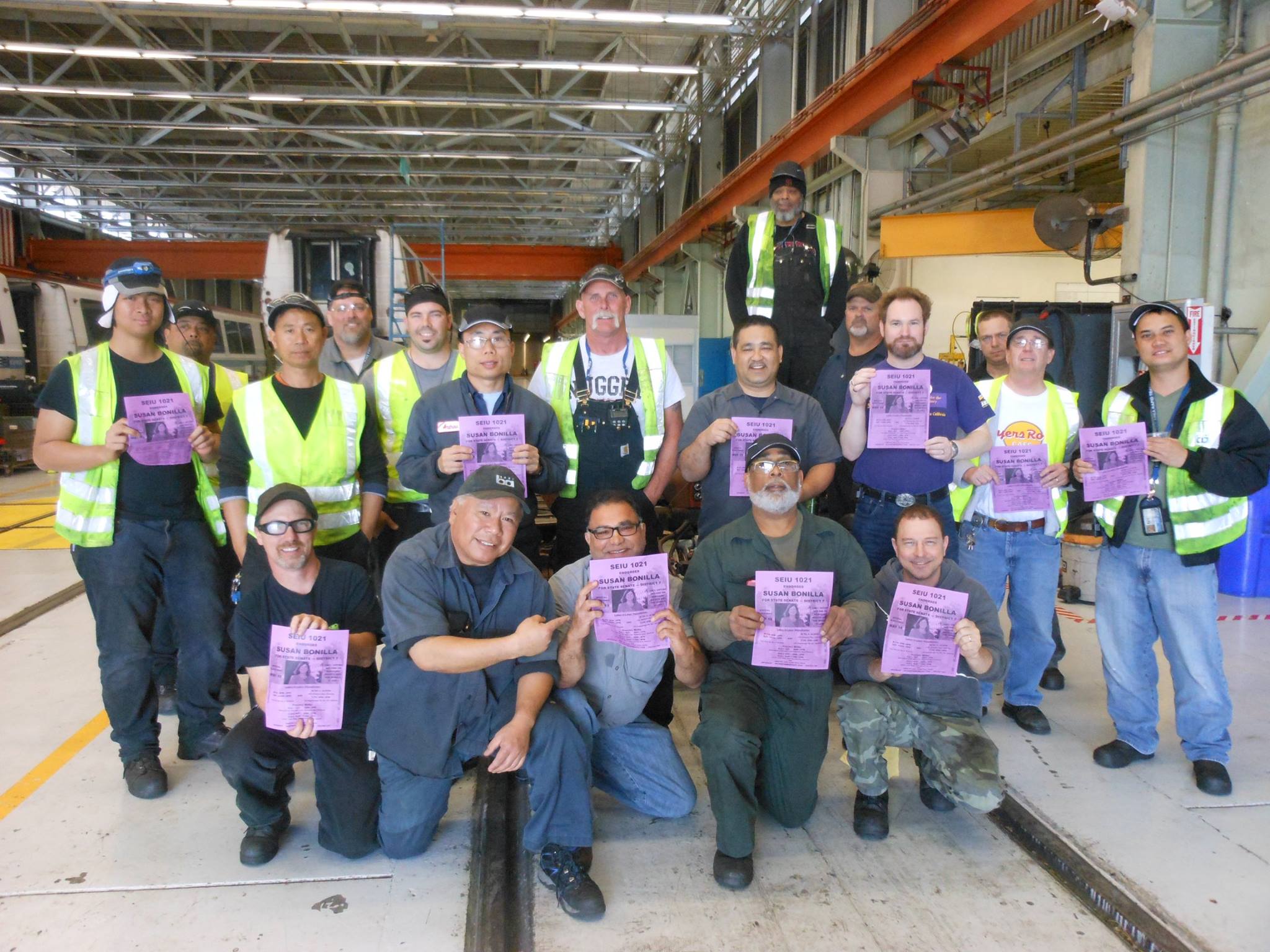 Glazer is Mayor of Orinda and a Trustee of the California State Universities. He is competing in a special Senate runoff election that ends on May 19th. He was the top vote getter in the primary, leading his second place finisher by more than 10,000 votes. The 7th Senate District includes most of central and eastern Contra Costa County as well as the cities of Livermore, Pleasanton and Dublin in Alameda County.